For the people of Karnataka, this day is more about remembering that individuals from various regions who spoke the same language were united irrespective of their casts or class or race- and THAT deserves a toast!

Happy Karnataka Rajyotsava Day everyone! Hope you're celebrating this Kannada Rajyotsava with a bang on enthusiasm and high levels of pride!

This day is also known as Karnataka Formation Day and as the name suggests it was that monumental day when all the Kannada language-speaking regions of South India were merged to form the State of Karnataka. Since then, every year on the 1st of November, all of south India comes together to celebrate and embrace a day of unity.

For the people of Karnataka, this day is more about remembering that individuals from various regions who spoke the same language were united irrespective of their casts or class or race- and THAT deserves a toast!

Every year on the 1st of November, Karnataka seems to be filled with love, joy, celebration, and delight. Every single person is looking their finest, wearing festive attire only to see the red and yellow Kannada flags get hoisted at different locations across the State. Along with this, the melodies and delightful Kannada anthem "Jaya Bharatha Jananiya Tanujate" is heartfully chanted by each citizen.

Since this day signifies unity and togetherness, people from all religious backgrounds join hands to celebrate, sing, and dance with each other!

How It All Began….

This grand day has got historical context as well. It all started with Aluru Venkata Rao as he was the first person who dreamt of unifying the State and creating a sense of togetherness as early as 1905 with the glorious Karnataka Ekikarana movement.

You see, back in 1950, when India became a republic, different provinces were made all over the country based on the language spoken in a particular region. This is precisely what gave birth to the State of Mysore. Consequently, these provinces also included various other areas of south India, which were previously ruled by the kings.

As a result, on the 1st of November 1956, Mysore state was merged with the Kannada-speaking areas of Madras as well as Bombay presidencies, for a specific intent- to create a unified Kannada-speaking sub-national entity. North Karnataka, old Mysore, and Malnad being the three regions of the newly formed Mysore state.

Bangalore, the startup hub of India, is now the to-go place for every entrepreneur out there! The garden city of India has also become the startup capital of the nation! And rightly so! The capital of Karnataka has proven itself to be the education hub- where all the brilliant ideas are brewed! There's something in the air of Bangalore that enhances the entrepreneurial spirit of every person that arrives there. No doubt that it's more or less a startup paradise that's got infinite innovations and creations ahead!

Lastly, here's a big and heartfelt thank you to the people of Bangalore and by extension Karnataka for creating millions of opportunities for people all over the country. Thank you for making the startup dreams of so many people come true. Thank you for providing space to various businesses like ours to grow and be successful!

Keeping your support in mind, we're now providing a 15% discount on all water purifiers exclusively for the Bangalorean folks!

Do check out our products today! 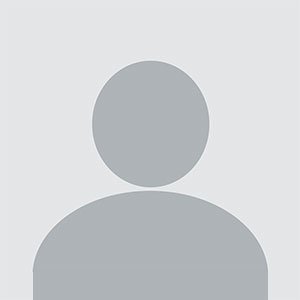 Affordable Water Purifier System To Install At Your Office Space

Top 6 Reasons Why You Should Drink Alkaline Water - Ecowell India